This is pretty late.

It's already the end of March.

But better late than never.

Anyways I'm a pretty accountable person and figured out what better to keep accountability than to tell the whole world what I've decided to study in 2022.

So without further ado, these are the things I will learn the rest of the year.

In general, I don't really care about programming languages as much but sometimes your domain is bounded depending on the language you choose.

For example, if your primary language is PHP then you will mainly work with web dev. If it's Python, you have more options such as Data Science, Web Dev, or even Artificial Intelligence.

So for this section, you can think of it less of programming languages and more of different domains I would want to explore.

The first and main language on the list is Go.

There are primary reasons why I want to move to Go:

I've actually already started learning the language since the end of last year but have slowed these past couple of months due to laziness and other life stuff.

Anyways I've also written an in-depth article on why I'm transitioning to Go, you can check it out here:

When I was first starting to learn to program, I've come across this book called Structure and Interpretation of Computer Programs.

The book is pretty difficult to get through but I've had so much fun programming in Scheme, the language that the book uses.

Unfortunately, I couldn't complete the book but that is definitely a goal of mine this year.

This past month I've been taking an operating systems course and it's pretty fun, to be honest.

I also want to create some sort of compiler because I've also heard that compilers are not easy to make but you will learn a lot in the process.

This is not a very urgent goal but if I have the time, why not.

This is a pretty short section because it mostly depends on my job and the technologies I'm exposed to.

So I don't think there will be concrete studying for these tools, it's just I'm pretty sure I'm gonna learn them well on the job.

I've asked my previous team lead how to get to the next level as a developer.

Essentially how to go from mid-level to senior.

He told me something controversial.

That backend developer should have strong DevOps knowledge.

I agree with him on the part that backend engineers should know the infrastructure pretty well and that's essentially what I'm gonna try to be exposed to more this year.

Both at my job and side projects.

Here comes the not so important stuff you could say.

These past couple of years I've realized that my career is not my life and there is a lot more to life than programming or money.

So I'm learning a lot more other skills.

Let's just go over them quickly.

I wanna work at FAANG eventually so leetcoding my life away is a requirement.

I really like maths and would want to know more about it.

I've failed physics back in university.

But physics is vital and I feel like my brain has powered up from my programming career.

So I'm ready to finally tackle my weak links starting with physics.

I really enjoy creating content both written and video.

Hopefully, your gonna see me the next Joma Tech in a few years.

I'm a horrible speaker, I stutter badly when I get nervous, I sound awkward but I'm an optimist.

I can be better and I can learn.

That's why I will try to sign up for Toast Masters or something this year.

You may not know but I'm an avid gym-goer.

My diet for the past few months has been very boring.

More of the same thing every day, eggs, chicken, rice, some veggies.

I will probably go insane if I continue with this diet, so I gotta finally learn how to properly cook healthy and deliciously.

My main teachers will be YouTube and hard-earned experience.

I never learnt how to write on this blog, I just write whatever comes to my mind.

This is probably bad and not sustainable.

I believe I can improve with the right resources.

A big one would be an editor to review my writing, unfortunately, I'm not willing to spend money on an editor at the moment but I can take advantage of writing in other people's sites such FreeCodeCamp, BetterProgramming, etc... and have them review my articles.

Hopefully, by next year you guys will be reading an article titled:

But who knows, we might all die due to world war 3.

Fortunately, I'm an optimist and think 2022 will be our year.

If you reading this, I want to personally thank you. It's because of people like you that I want to push out more content.

Once again, thanks for reading. 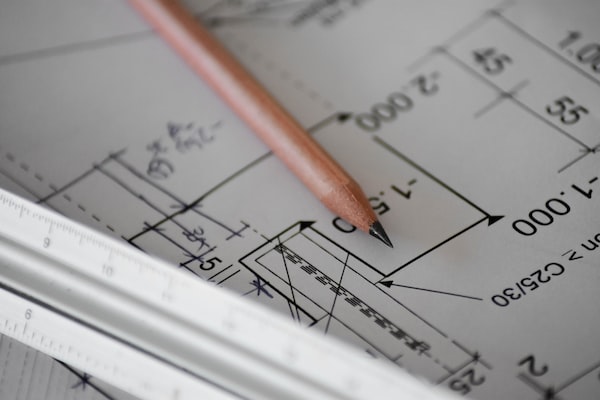